Myanmar Money - Use Kyat or US Dollars?

When to use kyat and US dollars. Exchanging money, ATMs and credit cards in Myanmar (Burma). US dollars $ and kyat (MMK) are both legal currency but dollars cannot be used as widely as in Cambodia, Vietnam and Laos.

Should I exchange money at a bank?


Yes, if a bank is open. Or a legal exchange shop.

Once upon a time, maybe four years ago, I had never exchanged dollars or baht for kyat at a Burmese bank because the official exchange rate was many, many times less than the (easily obtained) street rate. Something momentous happened with little fanfare.

The bank rate now is considered good enough--and certainly better than you will get in your hotel.

So when do I use dollars?


Hotels and guesthouses everywhere state their room rates in dollars. The more upscale hotels prefer dollars, but just about all now will take kyat (at about 1,370 kyat to the dollar as of 2017) or a combination of dollars and kyat. Staff will calculate the kyt amount based on the day's rate, now easily accessible with the proliferation of the internet and smartphones. If the dollars are less than pristine, Myanmar staff will probably prefer kyat. To pay for a flight in cash at a travel agency or airline office, though, you'll need dollars.

The recipient will give you change in dollars or part dollars/part kyat. Some museums and temples require foreigners to pay in dollars, so keep singles on hand. Supposedly, some sites state the fee in dollars or euros, but I have only encountered it at one place: entering the Inle Lake area by road, foreigners could pay either $10 or 10 euros. Keep that receipt, which is valid for your entire stay there.

Email ThisBlogThis!Share to TwitterShare to FacebookShare to Pinterest
Labels: How To, Myanmar
Location: Yangon, Myanmar


That got 6.7 million Youtube views and counting? you may ask. Yep, the song is "Matahariku" , which means "my sun." The Indonesian singer is Agnes Monica, also known as Agnez Mo and Nez. Born in 1986 as Agnes Monica Muljoto, she was a child singing star and presenter on children's programs. She has released eight albums and acted in TV dramas. She is also a songwriter and producer and has been a judge on Indonesia's Idol TV singing contest.

Her popularity extends beyond Indonesia to Brunei, Malaysia, Philippines, Netherlands, Singapore, Korea, China, and Taiwan. She even appeared in two Taiwanese soap operas after she gained fans when appearing in an Asian song contest in Korea. 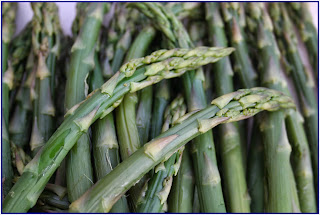 Arnel Pineda wasn't a breakout Youtube star to the extent that Zee Avi was. But Youtube did play a part in the Filipino singer's discovery by the vintage US rock band Journey in 2007. Now the heartwarming tale of Arnel's unlikely, well, journey is the stuff of a documentary, "Don't Stop Believin': Everyman's Journey", made by a Filipina director, Ramona Diaz.

The documentary was released in 2013 and has since been reviewed all over the place with a wide spectrum of reactions. The New York Times reviewer found it a "flabby and repetitive showcase." Other reviewers frequently cite the little guy with a big voice as the redeeming virtue of the film, noting his "enthusiasm" and "ebullience"  "clear-eyed pragmatism",  "Ingratiating personality" and "a dynamic stage presence."

Scott Tobias of NPR suggests what a better movie could have been: "the richer, more complicated story of a dreamer who learns to become the durable

professional his bandmates expect." Or as another reviewer put it, how does Arnel reconcile his desire to express his own personalty with the band's desire for a clone of the original lead singer, Steve Perry? At least now he's getting a chance to write songs for the band.