Orchestras, opera companies and world-class classical and modern dancers perform at this September-October Bangkok festival. The yearly series is unrivaled in the region and probably  in East Asia. A pity so few tourists are aware of it.


Portugal's Quorum Ballet Company to Perform in Bangkok Festival.
.
Usually a classical ballet company from Russia or one of the former Soviet republics performs at the annual fall Bangkok International Festival of Dance and Music. I sometimes complain about the customary performance of The Nutcracker. In 2013, something really different is happening: Nutcracker on Ice!  Also some bits of Cinderella and Swan Lake.The performers were members of various Olympics and national teams, however, so it should be quite jaw-dropping.


Here's the calendar of 2013 performances with a bit more about the performers. No one would call is user friendly, I'm afraid. You need to keep going back to the calendar and start over.

The above video of Portugal's Quorum Company is a bit misleading because the company will be performing another dance, "Correr o Fado." While there are Youtube videos of it, the quality is poor, so I chose a clip from "The Elements."

German ballet company Karlsruhe will perform "Giselle." There will also be two operas ("The Barber of Seville" is one) and a concert performed by Russia's unconventional Helikon Opera Company; performances by US jazz pianist, Chick Corea and a triple bill of Dutch jazz musicians with Thailand's own legendary sax player, Mr. Koh; traditional dance by India's Shri Ram Bharataya Kala Kalendr; Ten Tenors from Australia; and Italy's Orchestra Teatro Regio di Parma with two opera singers. There are a few more but clicking around is downright exhausting.

It seems to me that the Bangkok International Festival of Dance & Music used to span six or eight weeks; in 2013, it will run a little over a month, beginning September 13.  About 18-20 performances take by 15-16 ensembles take place. Besides a classical ballet company, there is usually a symphony orchestra, a European opera company or two, an Indian classical dance company, a tango or flamenco company from a Spanish-speaking country and a couple of contemporary dance companies from the United States and Europe. Then each year there are a few oddities that don't fit with the general tone (such as this year's ice skaters and, in the past, the Vienna Choir Boys, Les Ballets Trockadero de Monte Carlo, Swedish Jazz Kings).

Nong Kong, the funny lip-synching schoolboy, is back with a medley of Thai pop songs and famous friends.

"Whatever" by the Thai female singer Waii was already a big hit in Thailand in early 2012 but it became much more famous when a young schoolboy did a lip-synching, gesture-mocking version from his bedroom. Nong Kong uploaded it to Youtube in May and within about a month about 3 million people had seen it. The number must be close to 5 million by now. He was soon appearing on talk and variety shows, sang with Waii herself, spawned parodies and you can imagine the rest.

Rabbit Card - Do Tourists Need It for Bangkok BTS travel? 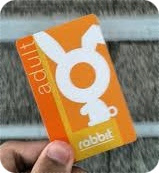 What is a Rabbit Card? FAQs for new users of  the Bangkok Skytrain.


Relax. You can continue to pay cash in the machines on either the Skytrain or the MRT (subway).  If you don't have proper change, you can still get it from the clerk behind the glass-walled counter.

Nonetheless, this orange stored-value card might be of interest to frequent Bangkok visitors, especially if it someday becomes useful for more BTS (Bangkok Transportation Services) services in addition to the Skytrain. Like the now obsolete stored-value Skytrain passes used by residents, the Rabbit Card is a time-saver since it spares you from queuing at the machines to buy tickets for a single ride or to get change from the cashier.

Email ThisBlogThis!Share to TwitterShare to FacebookShare to Pinterest
Labels: Bangkok, How To

Discovered on Youtube and now based in the US, young Malaysian singer-songwriter Zee Avi follows up her first namesake album with Ghostbird.

I'm pushing the limits of news you can use  by introducing Southeast Asian celebrities viewable on Youtube video. I see it as a simple means to strike up a conversation and form a bond with local people. In this case of singer Zee Avi, that would be with her fellow Malaysians, though she's  known to Singaporeans too.

After all, tourists and expats always profess to be interested in local "culture." Usually that translates as "food." But watching a video isn't as demanding as reading a book, right?

The second song on this medley, "Bitter Heart," is probably her best known. It was her first iTunes release as a single and then on her first studio album in 2009, Zee Avi. The medley also provides a good sampling of her sound. Even if the lyrics are about heartbreak or heroin addiction, the sound is light, sprightly, a little bit country-folk, a little bit Tin Pan Alley. Sometimes her voice almost swings. She usually sings in English but occasionally in Malay.